Our lab takes a highly interdisciplinary approach to understanding complexity: we develop computational and mathematical models of biological systems and we apply what we learn in biologically inspired computation. We are particularly interested in understanding how efficient, robust and scalable collective search strategies emerge in ant colonies and immune systems, and how emergent search strategies can be engineered into swarm robotics.

Joshua Hecker is a Computer Science postdoctoral researcher at UNM. He studies the interactions and interdependencies between the behaviors of biologically-inspired robot swarms and the environments in which they are located. His research focuses on developing robust search algorithms, scalable agent-based models, and efficient physical robots that operate autonomously in real-world environments. He also mentors high school and undergraduate students through SFI's Project GUTS, UNM's NSF STEP and Open House events, and the RoboRAVE and VEX robotics competitions. 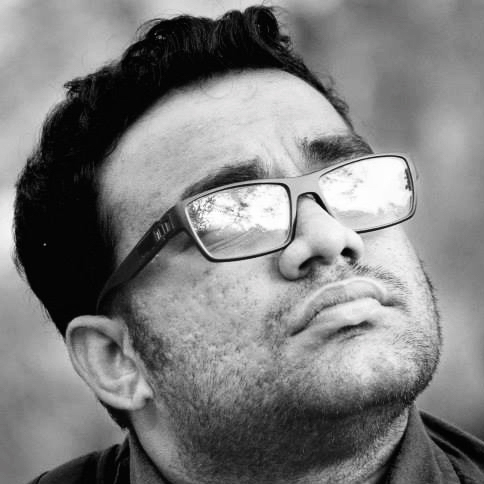 Safee is a master's student in Computer Science at the University of New Mexico. He completed his Bachelor of Computer Science and Engineering from Chittagong University of Engineering & Technology, Chittagong, Bangladesh in 2011. After that he started his career as a software engineer at Samsung Research & Development Institute. He left Samsung as a senior software engineer in July, 2014 to pursue higher study at UNM. His research interest is in biological computation. He is investigating how pheromone is involved in the foraging performance of ants.

Elizabeth E. Esterly is an undergraduate Computer Science major at the University of New Mexico. She took a non-traditional path to CS, first earning a Bachelor of Fine Arts from Northern Illinois University, then living and working as a tattoo artist worldwide. A long-standing interest in robotics led her to begin studying Computer Science at UNM. When not playing with robots or poring over papers, she enjoys hanging out with her husband and dog, good food, and sneaking in time for video games. She plans to pursue a PhD in Computer Science.

Matthew Fricke is a PhD student in Computer Science at UNM. He studies the mathematics of random search patterns with applications to swarm robotics, ant colonies, and immunological systems. His work has been published in a book chapter of the Handbook of Human Computation, the journals Bioinformatics, BioPhysical Chemistry, and PLoS ONE, and ECAL and GECCO conferences. Random search is ubiquitous in biological systems and is an effective strategy for robotic search where error and uncertainly dominate. Matthew's work examines seemingly disparate random search systems that actually have much in common.

Antonio Griego is an undergraduate student in Computer Science at the University of New Mexico. He plans to pursue his Master's degree in Computer Science with a second Bachelor's degree in Fine Arts. He develops simulation software for biologically-inspired robots using the ARGoS simulator and the NetLogo agent-based modeling application. Antonio recently attended the Summer 2015 session of the Santa Fe Institute's Complex Systems Summer School (CSSS). This inspirational experience has led Antonio to investigate the intersection between complex adaptive systems, art, and mathematics.

Jake Nichol is a senior in the Computer Science department at UNM, planning to graduate in the spring of 2016. Accepted at the Anderson School of Management, he will begin studies in the fall of 2015 to earn his MBA in 2017. Jake has entrepreneurial aspirations, but his current focus is on bringing the concepts of complexity theory, robotics, and biologically-inspired engineering to real world applications.

Qi Lu is a PhD student in Computer Science at UNM. He studies complex adaptive systems, and he is interested in biologically-inspired computation. He is doing research on the multiple place foraging algorithm (MPFA) for swarm robotics. His goal is to implement the MPFA into the ARGoS robot simulation environment and compare the performance to the central place foraging algorithm (CPFA). He enjoys the iAnt project, since he is glad to see how the behavior of robots are evolved similar to real ants, and how computer scientists bring biology into computer science. He is trying to understand how to make the evolved robots more efficient, and how to make complex systems scalable and robust.

Linh Tran is a Junior at the University of New Mexico and is working to earn a bachelor's degree in Computer Science. She enjoys working with younger kids and aspires to influence them to pursue careers in engineering. Her goal is to explore efficient ways to implement the spiral algorithms into ARGoS, a multi-physics robot stimulator, and find an optimize search pattern for the iAnt robots to travel. She enjoys learning about complex systems, stimulating real-life behaviors in robots, and analyzing data. After she graduates, she hopes to pursue a Master's Degree in Computer Science and work for a prestigious software company. 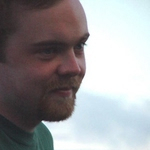 I regard group behaviors as the product of interactions among individuals within those groups, whose own behaviors are the product of design by natural selection to maximize the relative inclusive fitness of those individuals. My methods include statistical modeling, as well as agent-based models to reveal how the behavior of individuals produce the emergent behavior of groups. I use genetic algorithms to optimize agent-based models, in order to study the behaviors expressed by these models after optimization by a simulated evolutionary process. Kenneth completed his PhD in Biology at UNM in 2012.

After spending over 15 years as a newspaper photographer and editor Karl returned to school in 2009 to pursue a degree in Computer Science. Karl currently holds a B.S. in Forestry from Texas A&M University, and recently completed a Masters in CS at UNM. Karl also has strong interests in mechanical engineering, robotics, machine learning and intelligence. Karl is now with Lockheed Martin's Autonomous Systems team in Littleton, CO. 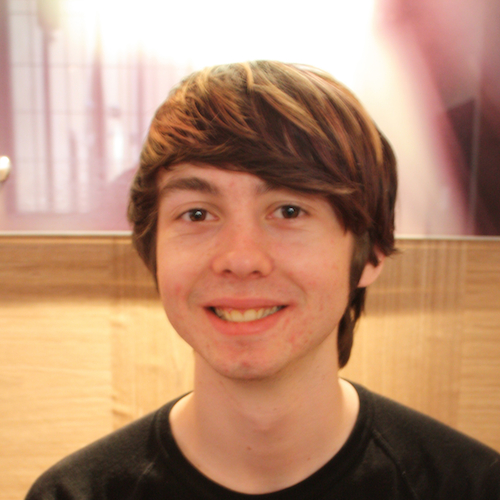 Bjorn completed his Bachelor of Computer Science at UNM in 2014, and his interests include computer vision, machine learning, cryptography, optimization, and networking. In his spare time, he might be found designing computer games, studying Russian, playing piano, or factoring large numbers. Bjorn is now a Software Engineer at Socrata in Seattle, WA.

Daniel is now an undergraduate student at Stanford University. He has competed in regional and National science fairs in which he has won numerous awards. Daniel is currently doing college research in the hope to jumpstart his college career, and intends to continue a technical focus through all his years of schooling. Daniel is pursuing an Aerospace Engineering degree, and plans to go on to earn his Ph.D. in later years.